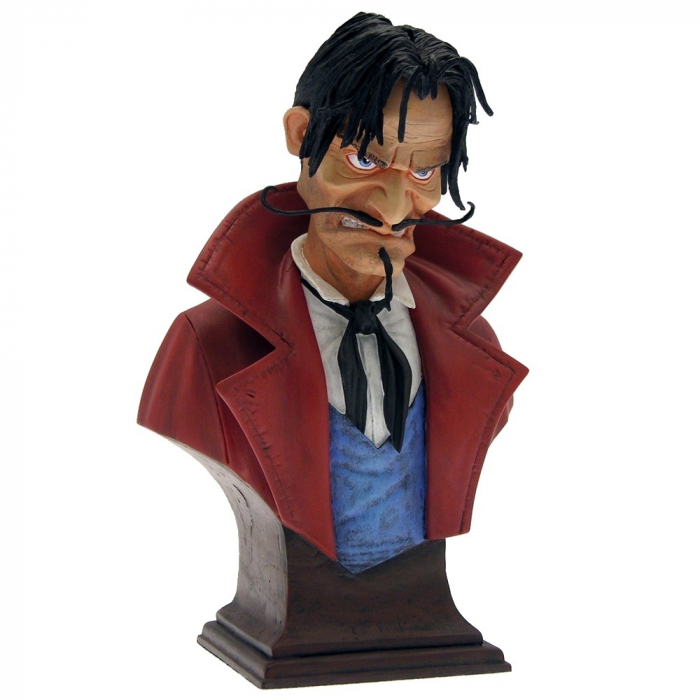 Collection Bust Attakus Peter Pan, Captain Hook polychrome as Loisel drew him in his own adaptation of the great classic Peter Pan. This bust is as realistic as it is terrifying! Serie limited and numbered to 500 copies. 20cm.

Captain Hook, whose right hand was cut off in a duel, is Peter Pan's arch-enemy. Hook's crew, including Smee and Starkey, also consider him a foe. Captain Hook's two principal fears are the sight of his own blood (which is supposedly an unnatural colour) and one crocodile. His name plays on the iron hook that replaced his hand cut off by Peter Pan and eaten by a saltwater crocodile, which continues to pursue Hook.