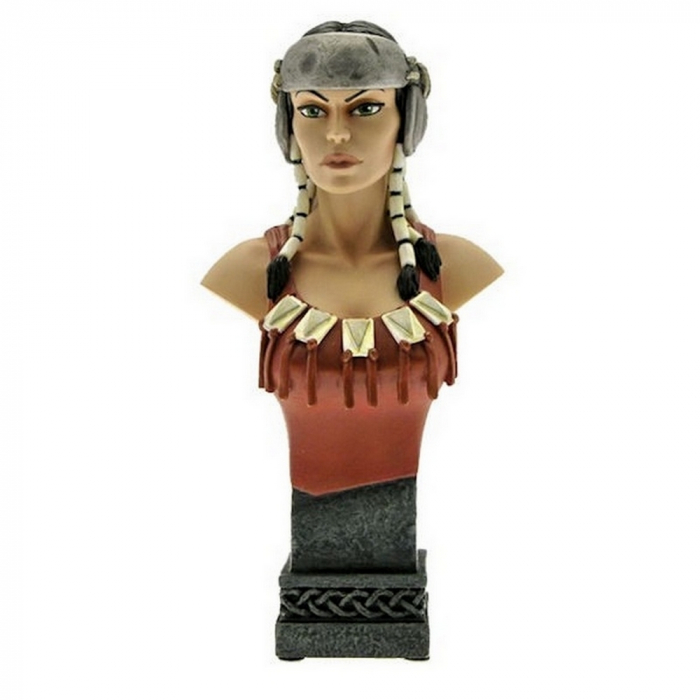 Resin bust hand painted with a certificate of authenticity. Limited edition of 1500 copies for the whole world. Kriss of Valnor.

Kriss of Valnor: young, beautiful, unscrupulous and deadly warrior, also a skilled archer. She first appears in the 9th album, "The Archers" and re-appears intermittently in the following albums. She is in some ways Thorgal's greatest foe, trying to hurt him and his family out of pure hate, but sometimes showing hints of admiration and even secret love for Thorgal. When Thorgal loses his memory, she tricks him into believing they are married, and convinces Thorgal he is the ruthless pirate lord Shaigan. She becomes pregnant with his son shortly before Thorgal regains his memory and leaves to find his family. Later, she ends up as a slave in Byzantium and sacrifices her life to help Thorgal's family escape from the same slave pits. However, even after her demise she continues to haunt Thorgal's family. Her father Kahaniel of Valnor sired her to be able to reincarnate in his first-born male descendant, Aniel.