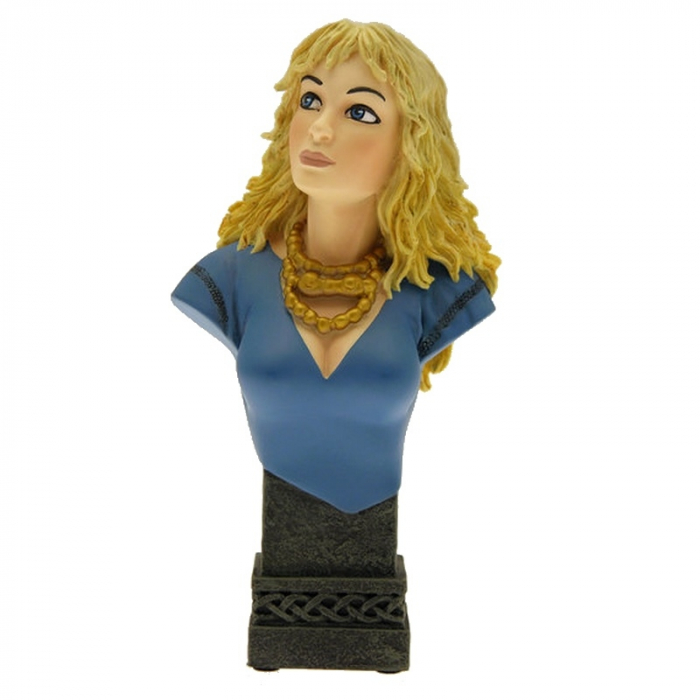 Resin bust hand painted with a certificate of authenticity. Limited edition of 1500 copies for the whole world. Aaricia Gandalfsdóttir.

Aaricia: Thorgal's wife and daughter of Viking leader Gandalf the Mad. She is bound to Thorgal from the moment of her birth by a magic object named Tjahzi's Tears. Aaricia is a spirited, strong willed woman, and she loves her family dearly despite all the mishaps Thorgal's fate has brought to their lives.