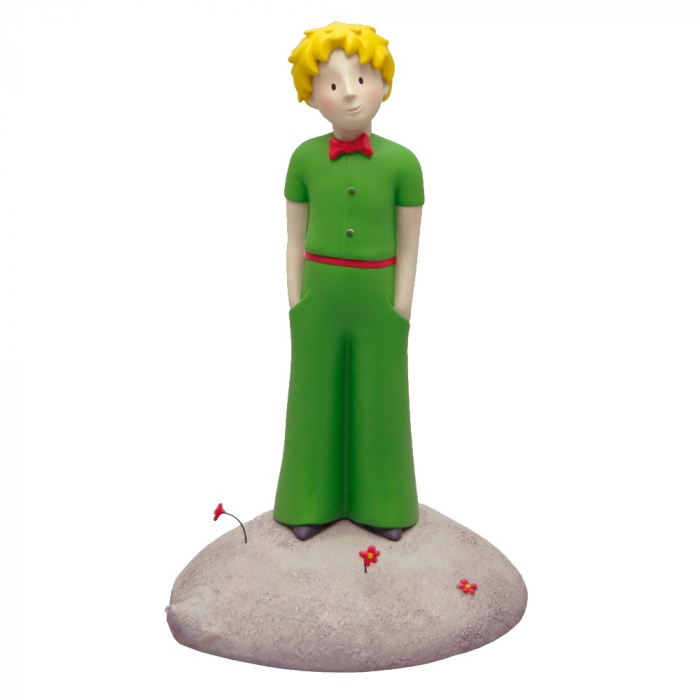 Collectible Figure Attakus The Little Prince on his planet C790 (2016)

The Little Prince on his planet: resin statue by Attakus: a 25 cm tall statue (10"), with a very elegant and refined design. This gorgeous object is limited to 500 pieces worldwide.

The talented Attakus sculptors here offer their own interpretation of The Little Prince. The figurine represents The Little Prince in foot standing on his planet. A lunar and mysterious little man with wild yellow hair and a red butterfly knot.

The stripped-down style of the statuette, inspired by Saint-Exupéry's original watercolors, highlights the softness, the naivety and the delicateness of The Little Prince. The finishes are splendid. Fully hand carved and hand painted, this timeless and majestic resin figure representing The Little Prince will nicely decorate your interior.