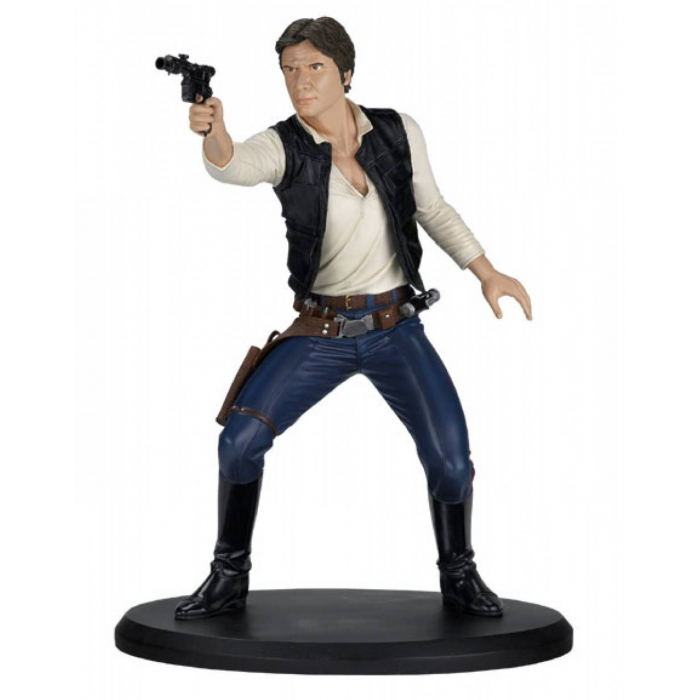 An Attakus Release! Played by Harrison Ford and frequently ranked as one of the all-time coolest heroes in pop culture by magazines and websites, Solo remains one of cinema's most revered movie characters. A smuggler and canny mercenary, the Captain of the Millennium Falcon is known for his fast draw and once said he preferred to shoot first as opposed to shooting second. This 13.7" statue depicts Han Solo in iconic action and in the classic gear he wore in 1977's Star Wars Episode IV. Part of a limited edition of 1,500 pieces, this dynamic hand-painted and hand-crafted statue comes with a Certificate of Authenticity.