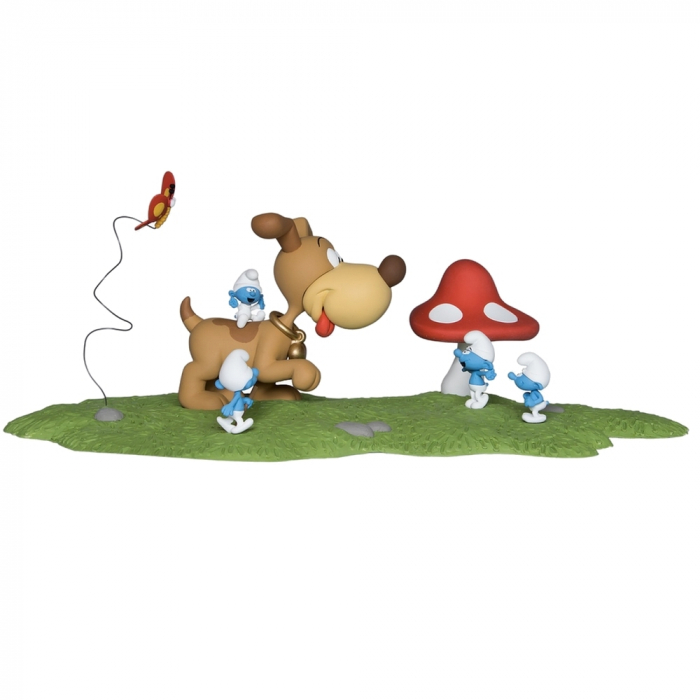 Puppy is a supporting character that appeared in various episodes of the Smurfs cartoon show from Season 5 to Season 8, and also appeared in a few comic book stories. Originally named Homni-One, he was a thousand-year-old dog who remained young due to the magic locket he wears on his dog collar -- a locket that only one person can safely open without getting zapped by a bolt of lightning, which turns out to be Baby Smurf (It is uncertain what exactly is contained in the locket, besides it simply being called "the key to all magic").

He was originally Homnibus' pet dog whom he gave to the Smurfs as a gift, who remained a loyal pet to them as long as he lived. He is usually seen with the Smurflings giving them rides and playing with them. Puppy and Baby became best friends.