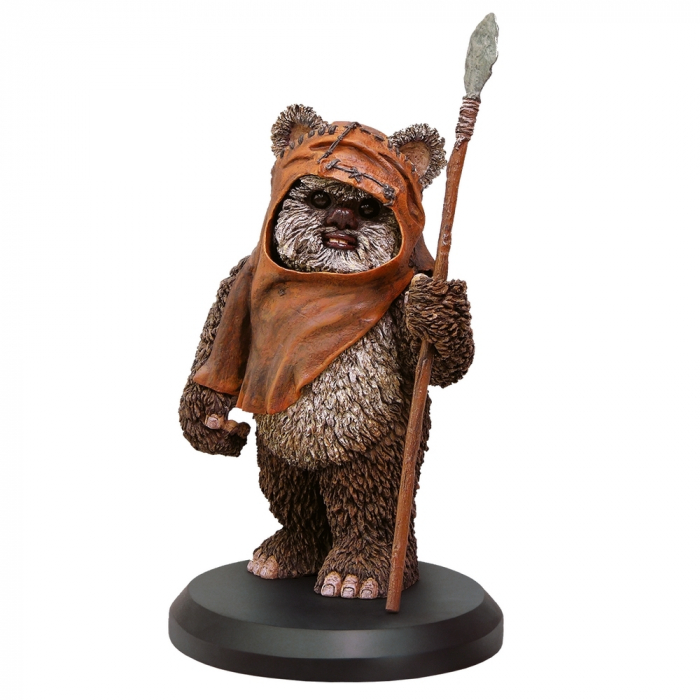 Wicket Wystri Warrick was a male Ewok scout, warrior and later Chief of Bright Tree Village on the forest moon of Endor. The great-grandson of Erpham Warrick, Wicket was the third son of Deej and Shodu Warrick, following Weechee and Willy and was the older brother of Winda.

Wicket led an adventurous life, even from a very young age. He and his friends, namely Teebo and Princess Kneesaa, continually protected their village and the surrounding forest from those who would do them harm, such as Morag the Tulgah witch, the Duloks, and other threats from Endor and beyond. He almost even inadvertently killed Emperor Palpatine while defending the sunstar during Doctor Raygar's quest for Imperial domination.

Wicket aided the Towani family when they crash-landed on Endor and later assisted Noa Briqualon in the battle against the Sanyassans. Wicket also played an instrumental role in helping the Rebel Alliance defeat the Galactic Empire during the Battle of Endor. After the death of Chief Chirpa, Wicket and his bride, Kneesaa, ruled over Bright Tree Village together.