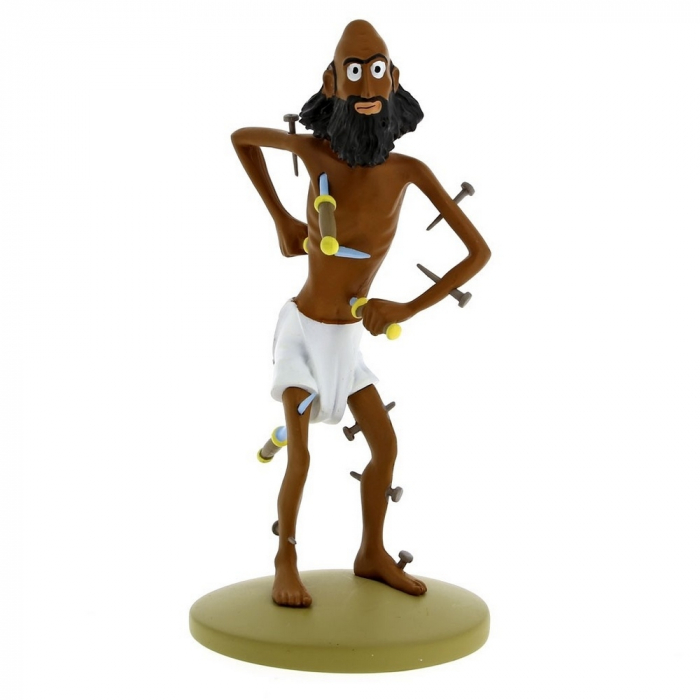 This resin figurine of The Fakir Cipaçalouvishni is part of a series of beautiful statuettes, designed and manufactured with a keen attention to the original detail in Hergé's drawings. The Fakir (often called "The Eyes" by his victims) appears in Cigars of the Pharaoh, where he is a high-ranking member of the opium smuggling ring, known as the Kih-Oskh Brotherhood.