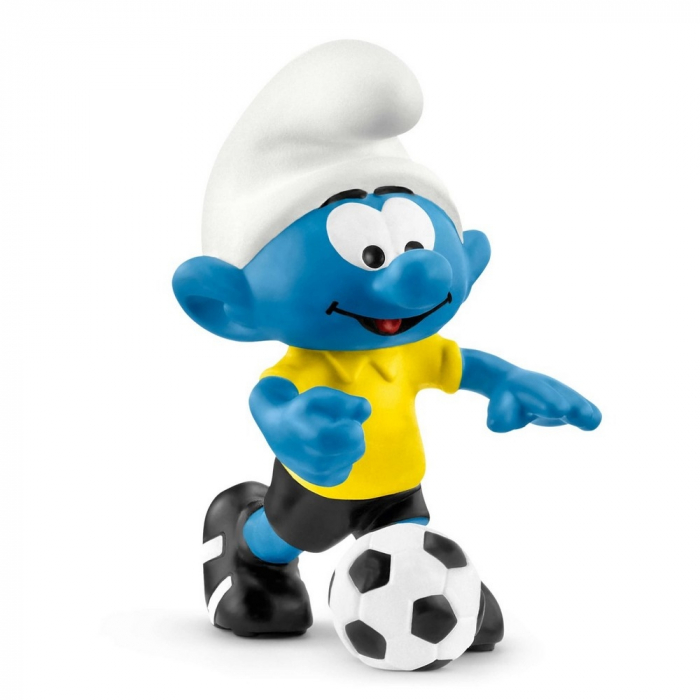 Dynamic and resolute, our football Smurf charges forward. He is determined to score a goal. He focuses, shoots – and hits his target. Goal! If he and his team keep playing like this, the Smurfs could be world champions yet!

Dynamic and resolute, our football Smurf charges forward. He is determined to shoot the winning goal. He elegantly dribbles the ball, keeping it close to his feet, and dances around the opposing team’s defenders as though they were nothing but slalom poles. He positions the ball, aims for the far corner and shoots. Goal! Goal! Goal! The spectators cheer and the other Smurf players embrace their star striker. With a blue-skinned footballing ace like this on their team, victory is certain – and the Smurfs could even be crowned world champions at the end of the tournament.

Fun fact: The Smurf’s opponents claim he has a ball magnet in his football boots. Do those even exist?

All the schleich figures are lovingly hand-painted with detailed modelling.