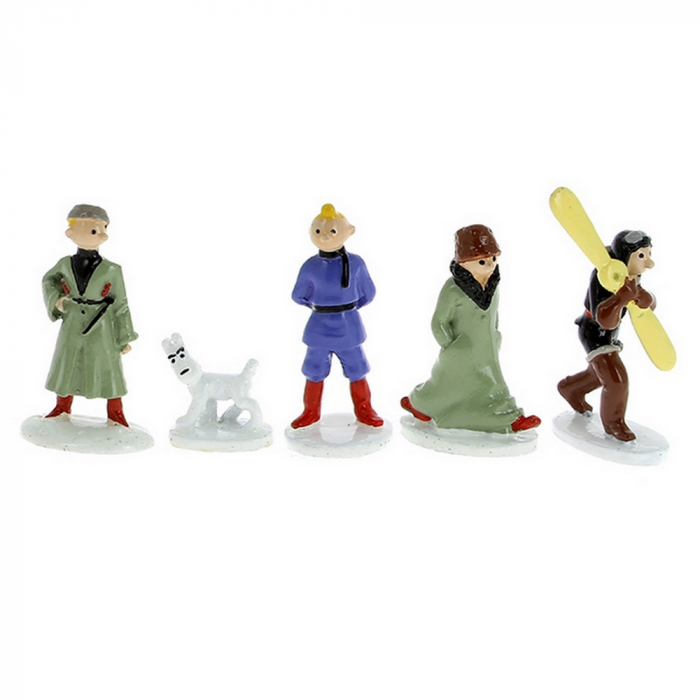 Tintin in the Land of the Soviets (French: Tintin au pays des Soviets) is the first volume of The Adventures of Tintin, the comics series by Belgian cartoonist Hergé. Commissioned by the conservative Belgian newspaper Le Vingtième Siècle as anti-communist satire for its children's supplement Le Petit Vingtième, it was serialised weekly from January 1929 to May 1930 before being published in a collected volume by Éditions du Petit Vingtième in 1930. The story tells of young Belgian reporter Tintin and his dog Snowy, who are sent to the Soviet Union to report on the policies of Joseph Stalin's Bolshevik government. Tintin's intent to expose the regime's secrets prompts agents from the Soviet secret police, the OGPU, to hunt him down with the intent to kill.

Bolstered by publicity stunts, Land of the Soviets was a commercial success in Belgium, and also witnessed serialisation in France and Switzerland. Hergé continued The Adventures of Tintin with Tintin in the Congo, and the series became a defining part of the Franco-Belgian comics tradition. Damage to the original plates prevented republication of the book for several decades, while Hergé later expressed embarrassment at the crudeness of the work. As he began to redraw his earlier Adventures in second, colour versions from 1942 onward, he decided against doing so for Land of the Soviets; it was the only completed Tintin story that Hergé did not reproduce in colour. Growing demand among fans of the series resulted in the production of unauthorised copies of the book in the 1960s, with the first officially sanctioned republication appearing in 1969, after which it was translated into several other languages, including English. Critical reception of the work has been largely negative, with commentators on The Adventures of Tintin describing it as one of Hergé's weakest works.