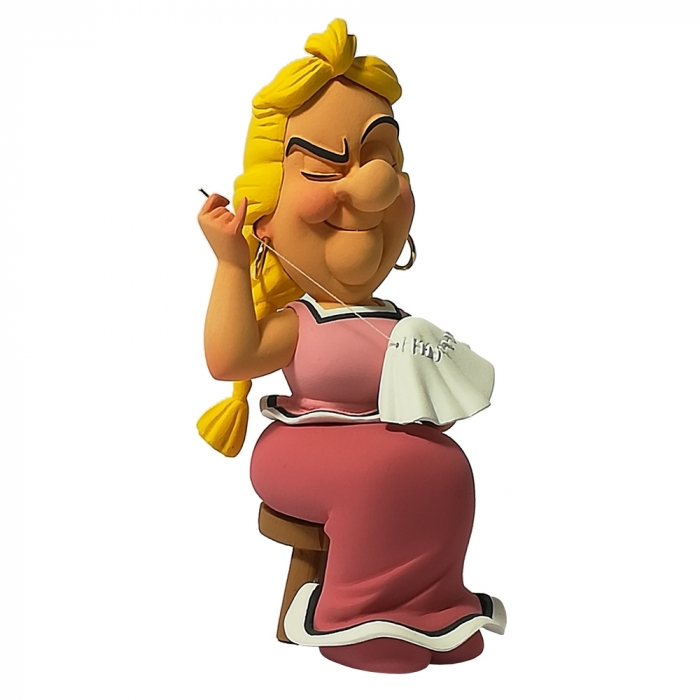 Resin statue made from a sculpture by Pascal Rodier. Molded, assembled and handpainted in Fariboles Productions Workshop (100% Made in France). Impedimenta (Bonemine) sewing. Limited edition and numbered 350 copies with certificate of authenticity. Height: 13cm.

Impedimenta is the matriarchal wife of Chief Vitalstatistix, leader of the village wives and the best cook in the village. She is often disappointed with the other villagers (calling them barbarians) and wishes Vitalstatistix was more ambitious. Consequently she zealously defends and flaunts every privilege due to her as first lady of the village, such as skipping the queue at the fishmongers. She frequently says she wants to go back to Lutetia and live with her successful merchant brother, Homeopathix – the one member of the family her husband openly dislikes.