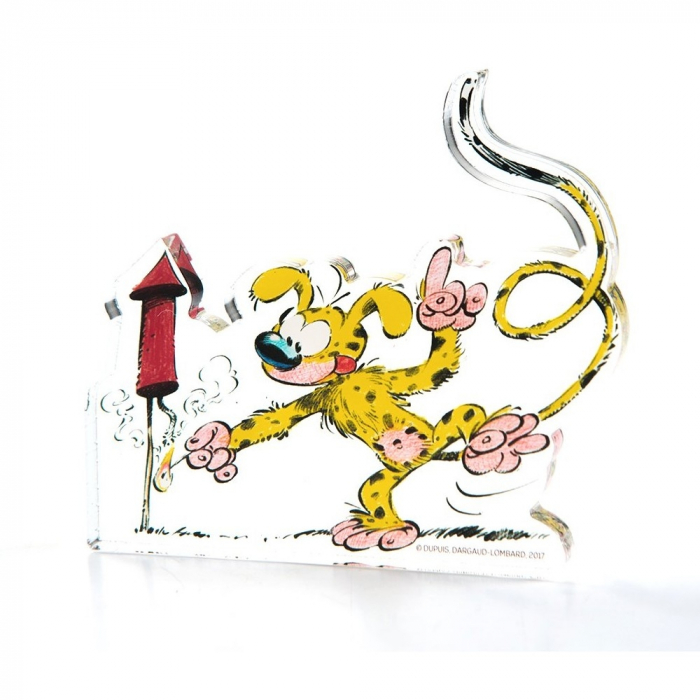 High quality Acrylic collectible figurine Art To Print, product designed and made in France. The Marsupilami with his rocket. Height: 10cm.