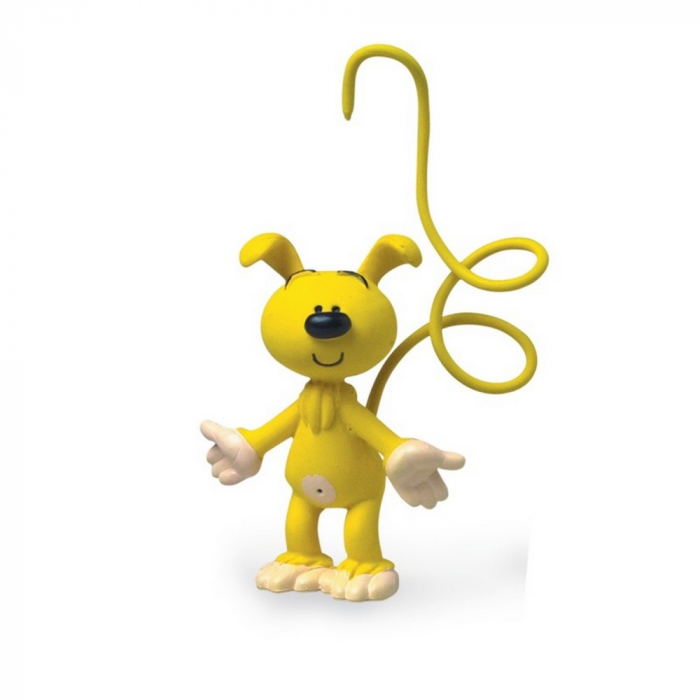 Plastoy presents this PVC figurine in its collection of figures based on famous characters from the world of the Marsupilami: the Baby Bibu. Height: 5.4cm

Although Bibu does not have a stain on his coat, he never stays out when it comes to doing nonsense with his brother Bobo and his sister Bibi.

Marsupilami is a fictional comic book species created by André Franquin, first published on 31 January 1952 in the Franco-Belgian comics magazine Spirou.[1] Since then it appeared regularly in the popular Belgian comic book series Spirou et Fantasio until Franquin stopped working on the series in 1968 and the character dropped out soon afterward. In the late 1980s, the Marsupilami got its own successful spin-off series of comic albums, Marsupilami, written by Greg, Yann and Dugomier and drawn by Batem, launching the publishing house Marsu Productions. Later, two animated shows featuring this character, as well as a Sega Genesis video game[2] and a variety of other merchandise followed. The asteroid 98494 Marsupilami is named in its honour.