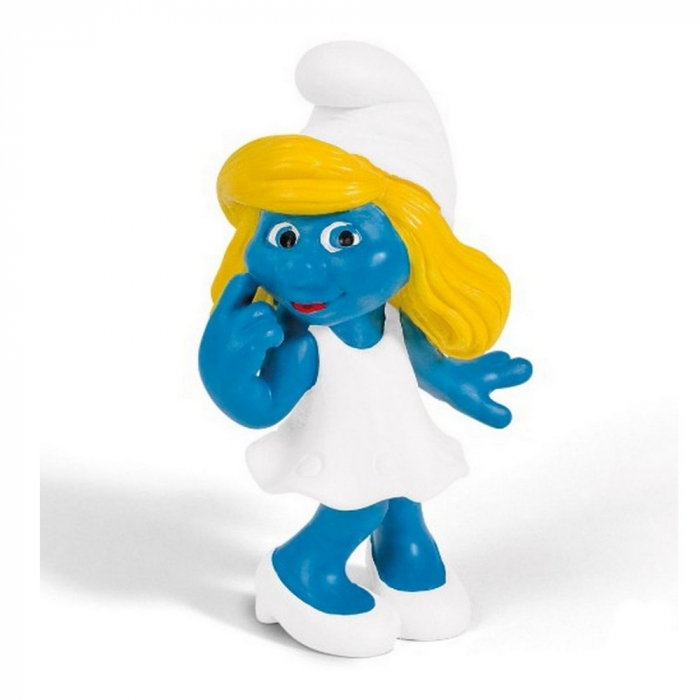 The Smurfs PVC Schleich Figure: Smurfette. 5,5cm. Each figure is made of high-quality plastic, meticulously detailed and hand-painted.

Smurfette is a female Smurf who was created by Gargamel. She originally had black hair, though when Papa Smurf made her good, her hair became blonde. Before the smurflings created Sassette, Smurfette was the only female smurf in the Smurf village. Most of the time Smurfette is portrayed as an object of admiration of many other Smurfs, since she is the only female Smurf constantly in the village. She is usually hopeless in times of danger and sometimes thinks she knows it all, yet has a caring side as well.