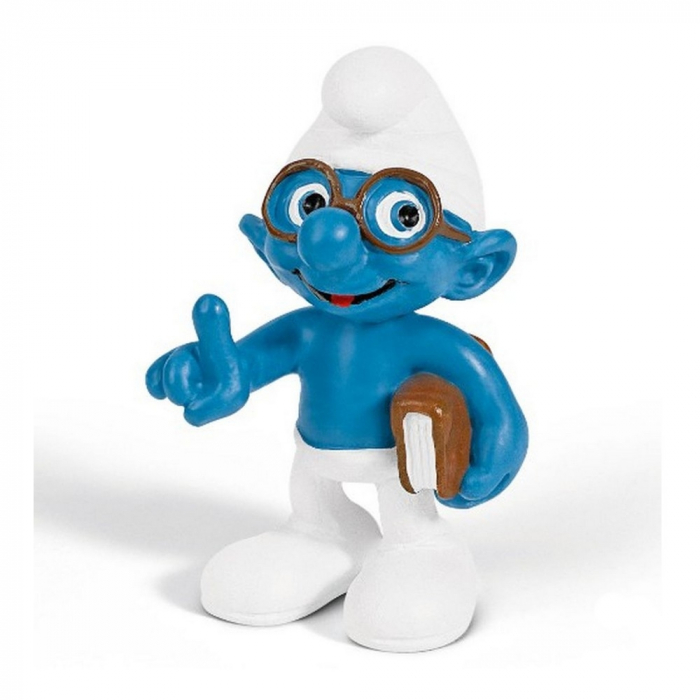 The Smurfs PVC Schleich Figure: The Briany Smurf. 5,5cm. Each figure is made of high-quality plastic, meticulously detailed and hand-painted.

Brainy Smurf considers himself the most intelligent Smurf in the village and an expert on everything, although his actual knowledge is questionable at best; often, his attempts to help in a given situation lead to even more problems. He can be distinguished from the others by the large glasses he wears. He also has archived his self-perceived wit and wisdom in several volumes of books entitled "The Quotations of Brainy Smurf". The Smurfs most often respond to his self-righteous preaching by either tossing him out of the village or clobbering him with a club (usually off screen). Most of the time, the other Smurfs never listen to him. His original name translates to "Smurf with Glasses".