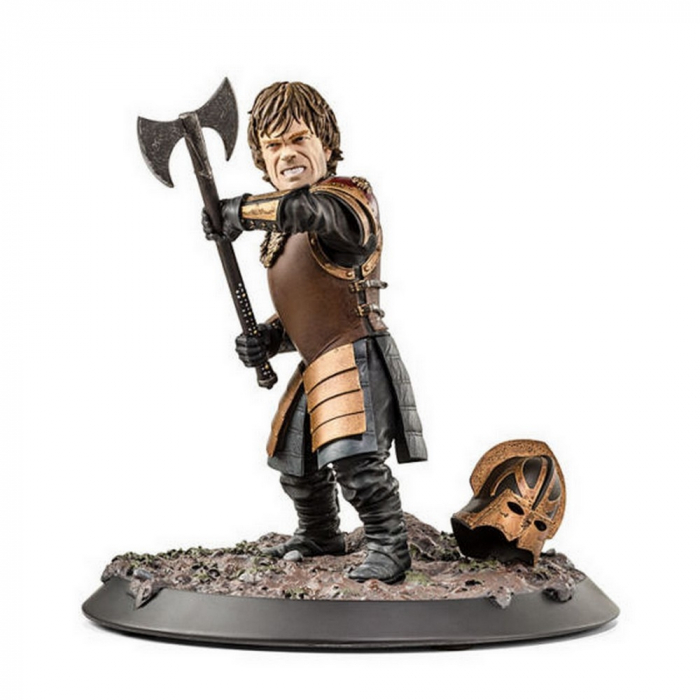 In A Game of Thrones, Tyrion is introduced as the third and youngest child of wealthy and powerful Tywin Lannister, the former Hand of the King, and Joanna Lannister, who dies giving birth to him. Tyrion's elder sister Cersei is the Queen of Westeros by virtue of her marriage to King Robert Baratheon, and Cersei's male twin Jaime is one of the Kingsguard, the royal bodyguard. Described as an ugly malformed dwarf with different colored eyes, green and black, Tyrion possesses the golden blond hair of a Lannister but has a complicated relationship with the rest of them. While he is afforded the privilege and luxuries of his family, he is treated as a "second class noble" because of his stature. Tyrion's mother Joanna died giving birth to him and Tywin and Cersei loathe him because they blame him for her death. While Tywin bears no affection for Tyrion, he nevertheless feels a sense of duty to his son, raising him in the Lannister fold and extending Tyrion a share of the family wealth. In contrast to Tywin and Cersei, Jaime has great affection for Tyrion and treats him with kindness, respect, friendship and love.