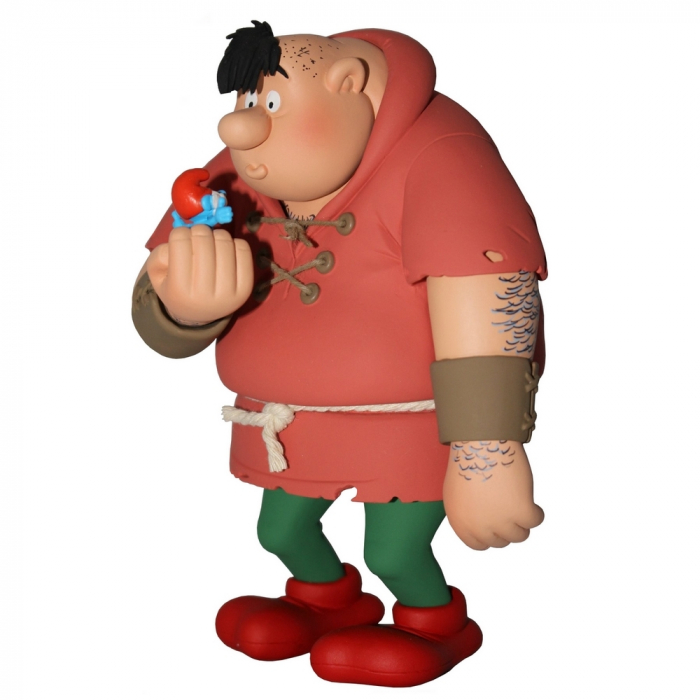 Collectible metal and resind figure Like An Angel, exclusivity Zedibulle, 100% made in france. Limited edition and numbered 90 copies with certificate of authenticity. Height: 15cm.

Bigmouth is a supporting character that first appeared in the Smurf comic book "Smurf Soup", and has since been seen in various episodes of the television cartoon show up until Season 8. He is an ogre who loves feeding his face with food. As with other ogres, he is superhumanly big and strong, but not very bright. He also appears as an exclusive offer in the Smurfs' Village app game.