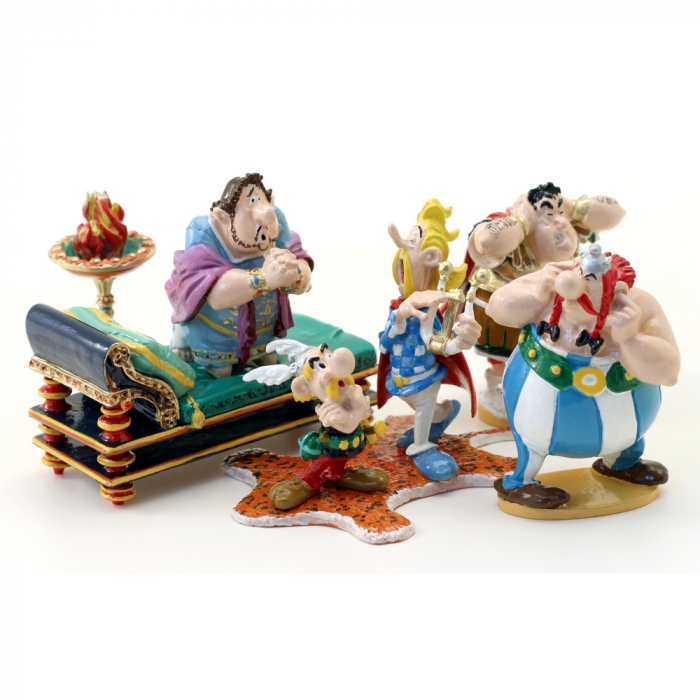 Pixi collectible hand painted figurine inspired by the cover design of the vinyl record Le Menhir d'or released in 1967 and the Asterix and Obelix album released on October 21, 2020. Numbered and limited to 200 copies with certificate of authenticity. Height: 8cm.

Based on a scenario by René Goscinny, Le Menhir d’or tells the story of Assurancetourix – the villager who is silenced at all banquets so badly he sings – during a competition of Gallic bards.