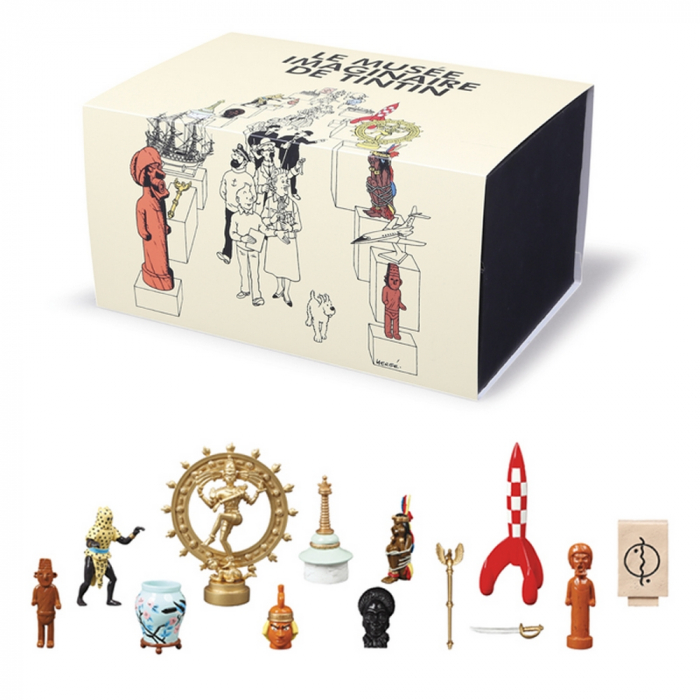 The characters and objects in this new series are taken from the poster Hergé created for he 1979 exhibition, Le Musée Imaginaire de Tintin.