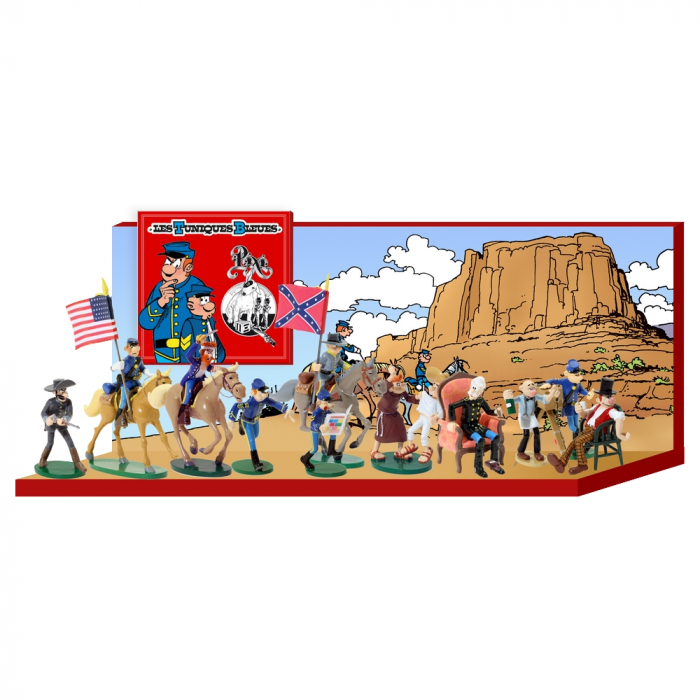 Les Tuniques Bleues is a Belgian series of bandes dessinées (comic books in the Franco-Belgian tradition), first published in Spirou magazine and later collected in albums by Dupuis. Created by artist Louis Salverius and writer Raoul Cauvin, the series was taken up by artist Willy Lambillotte after Salverius' death. It follows two United States cavalrymen through a series of battles and adventures. The first album of the series was published in 1970. The series' name, Les Tuniques Bleues, literally the bluecoats, refers to the Northern (union) army during the American Civil War. Cinebook has started to print the comics in English as "The Bluecoats" releasing Robertsonville Prison in 2008. It is one of the best-selling series in French-language comics.