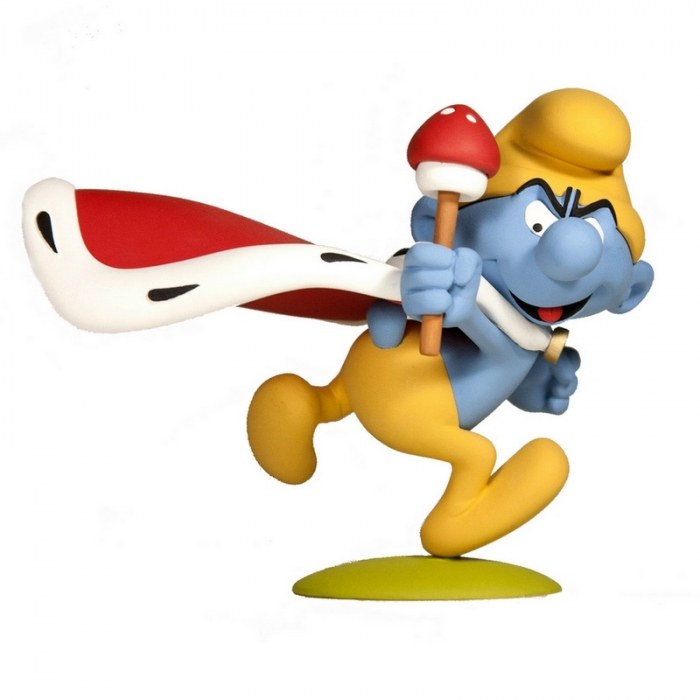 There are more than one hundred Smurf characters, and their names are based on adjectives that emphasize their characteristics, such as "Jokey Smurf", who likes to play practical jokes on his fellow smurfs. "Smurfette" was the first female Smurf to be introduced in the series.

The Smurfs wear Phrygian caps, which came to represent freedom during the modern era.

King Smurf (original French title: Le Schtroumpfissime) is the second comic book adventure of the Smurfs, and the name of the main fictional character who assumes power in the absence of Papa Smurf. The story was written and drawn by Peyo with Yvan Delporte as co-writer.