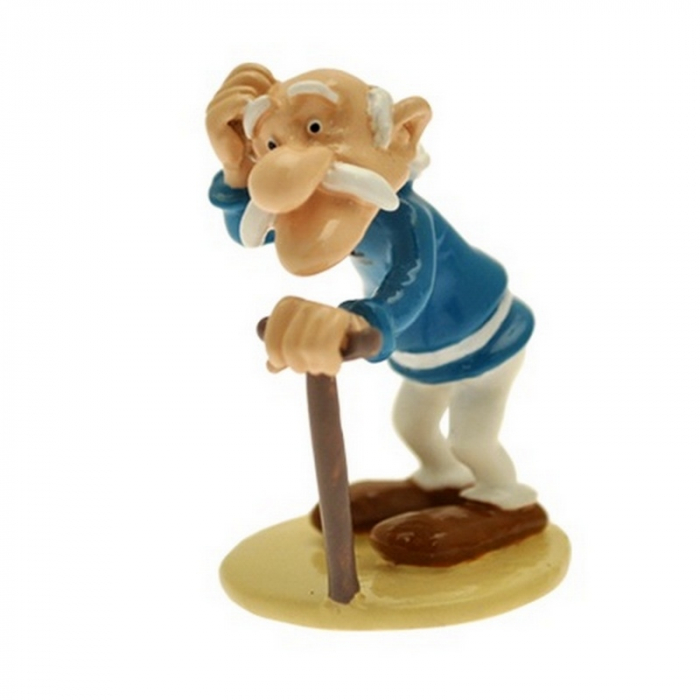 Geriatrix is the oldest inhabitant of Asterix's village: he is mentioned as 93 years old in Asterix at the Olympic Games (while drunk, he says he feels ten years younger, to which Asterix replies, "Well, that makes you 83, and it's time you were in bed"). Some translations make him no more than 80.