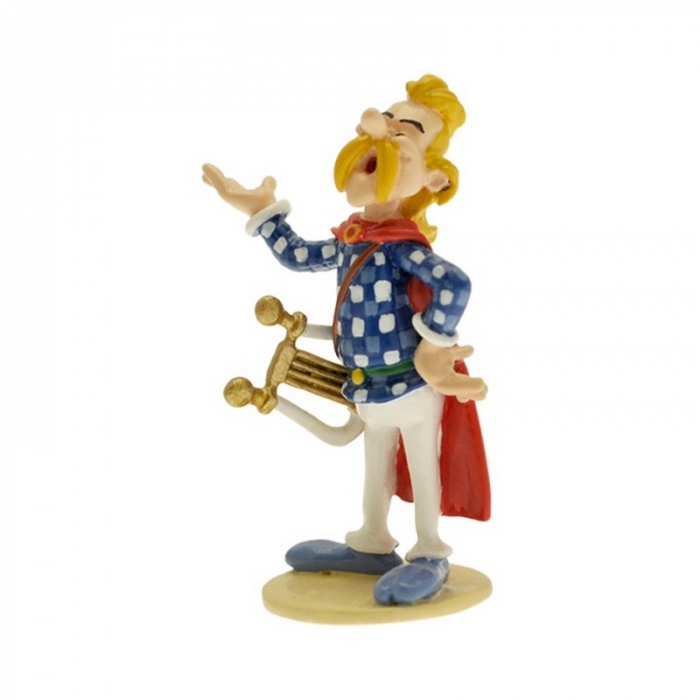 Cacofonix is the village bard. He is usually only a supporting character, but has a major part in the plots of some albums (see Asterix and the Normans, Asterix the Gladiator, Asterix and the Magic Carpet and Asterix and the Secret Weapon). He loves singing and playing his lyre, and jumps at every opportunity to do so. He also plays the bagpipes, drum and a Celtic trumpet resembling a boar called a Carnyx. While he can accompany traditional dances, and conducts a village band, his singing is unbearable. In Asterix and the Normans it is so unbearable that it teaches the fearless Normans the meaning of fear. In recent albums his music is so spectacularly horrible that it actually starts thunderstorms (even indoors), because of an old French saying that bad singing causes rain.