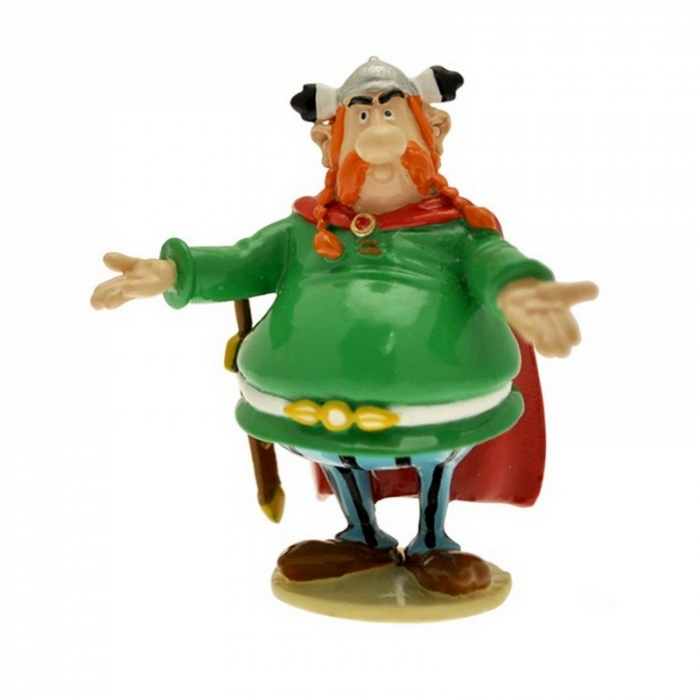 Chief Vitalstatistix is the chief of the Gaulish village. He is a middle-aged, bigbellied man with red hair, pigtails and a huge moustache. He is generally reasonable, well-informed, fearless, (comparatively) even-tempered and unambitious — the last much to the chagrin of his wife Impedimenta. His major failings are his love of good food and drink (it is unlikely to be a coincidence that his wife is the best cook in the village) — which has led to health problems — and his pride. As a Gaulish chief, he prefers to travel on a shield, carried by two shield bearers (they say pride comes before a fall... and he finds creative new ways to fall off the shield in almost every book). The names of the shield bearers are never mentioned.