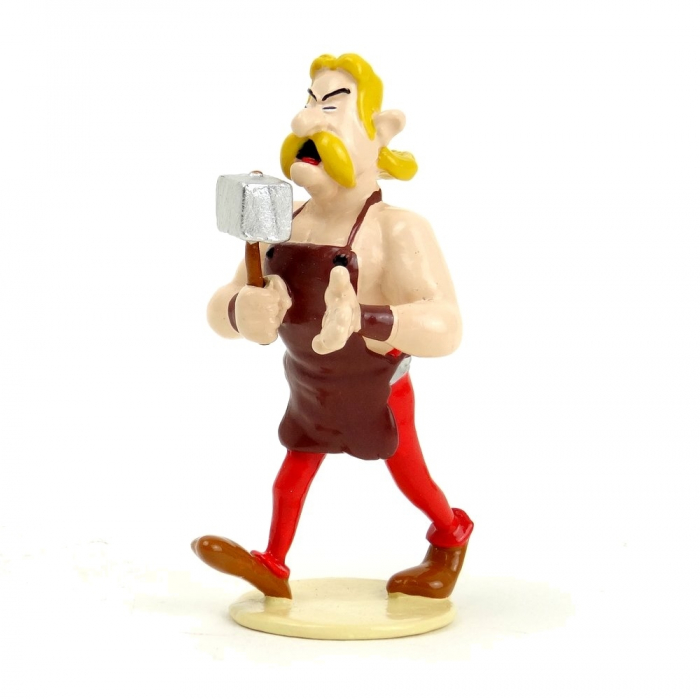 Fulliautomatix is the village smith. His father, Semiautomatix, was the village smith before him. He is tall and robust, and very strong — he is one of the strongest characters, perhaps second only to Obelix, and a bit of a ruffian, especially to Cacofonix. Fulliautomatix's first appearance was in the first volume, Asterix the Gaul, where the Roman spy was amazed that he used his fists to forge iron. However, he is subsequently shown using a normal hammer and is now rarely seen without one. A very different looking Fulliautomatix appeared in Asterix and the Banquet in which he and Obelix argue as to who should be entitled to punch the Roman that they are both engaged in hitting anyway.