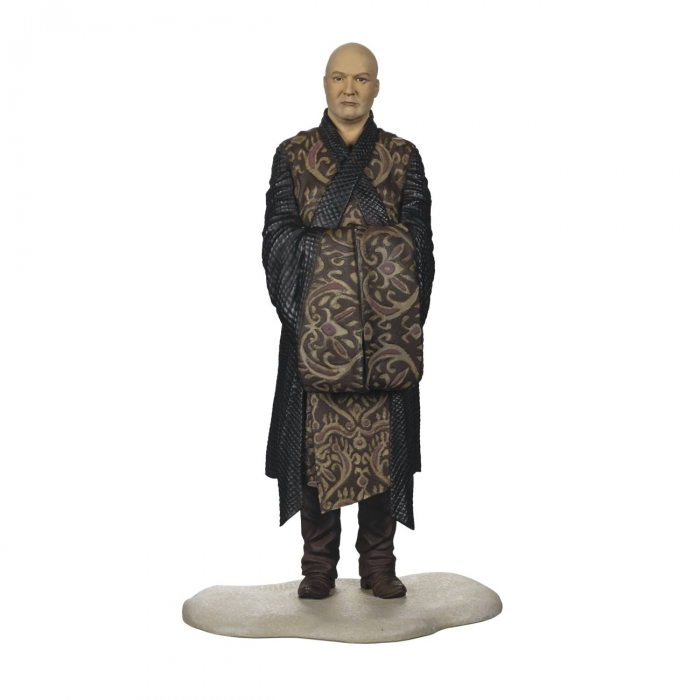 Varys, sometimes called the Spider, is a major character in the second, third,fourth, fifth, and sixth seasons. He initially appeared as a recurring character in the first season and debuted in "Lord Snow". He is played by starring cast member Conleth Hill. Varys is a eunuch and was the Master of Whisperers on the King's Small Council until he is forced to flee King's Landing with Tyrion Lannister. He is a skilled manipulator and commands a network of informantsacross two continents.

Varys' true loyalties are eventually revealed to be to Daenerys Targaryen (though she herself is initially unaware of this), as he believes her rule would be the best way to preserve peace and prosperity in the Seven Kingdoms. He and Tyrion travel to Meereen in the hopes of serving as her advisers.