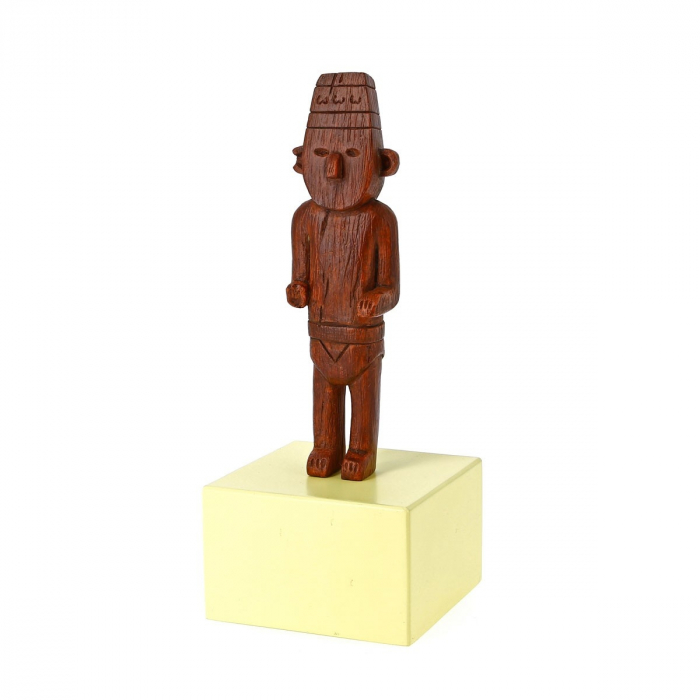 Resin figurine from the Moulinsart collection "The Imaginary Museum of Tintin": The Fetish Arumbaya. Comes with a certificate of authenticity. 14cm. The mysterious statue from The Broken Ear may end up taking you on an exciting adventure, just like Tintin!