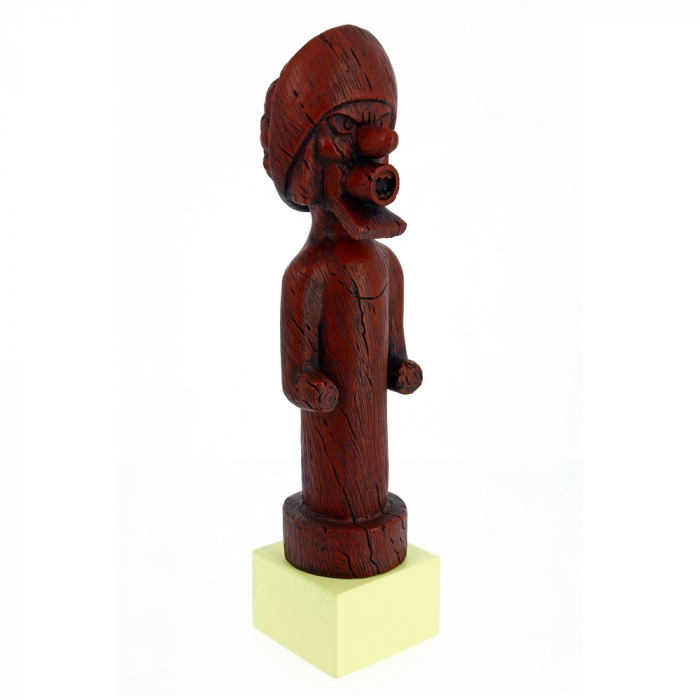 Resin figurine from the Moulinsart collection "The Imaginary Museum of Tintin": The Knight Hadoque Totem. Comes with a certificate of authenticity. 30cm.

Sir Francis Haddock (French: Chevalier François de Hadoque) is a look-alike ancestor of Captain Archibald Haddock. He was knighted and commanded a Ship-of-the-Line in the Royal Navy under King Charles II (Louis XIV in the French version).