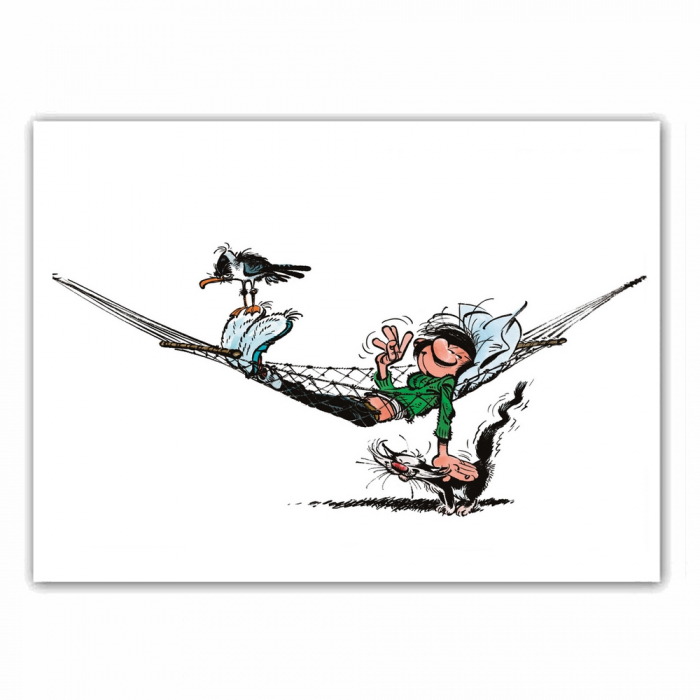 Gaston is a gag-a-day comic strip created in 1957 by the Belgian cartoonist André Franquin in the Franco-Belgian comics magazine Spirou. The series focuses on the everyday life of Gaston Lagaffe (whose surname means "the blunder"), a lazy and accident-prone office junior who works at Spirou's office in Brussels. Gaston is very popular in large parts of Europe (especially in Belgium and France) and has been translated into over a dozen languages, but except for a few pages by Fantagraphics in the early 1990s (as Gomer Goof), there was no English translation until Cinebook began publishing English language editions of Gaston books (again named 'Gomer Goof') in July, 2017.

Since the 1980s Gaston has appeared on a wide variety of merchandise.