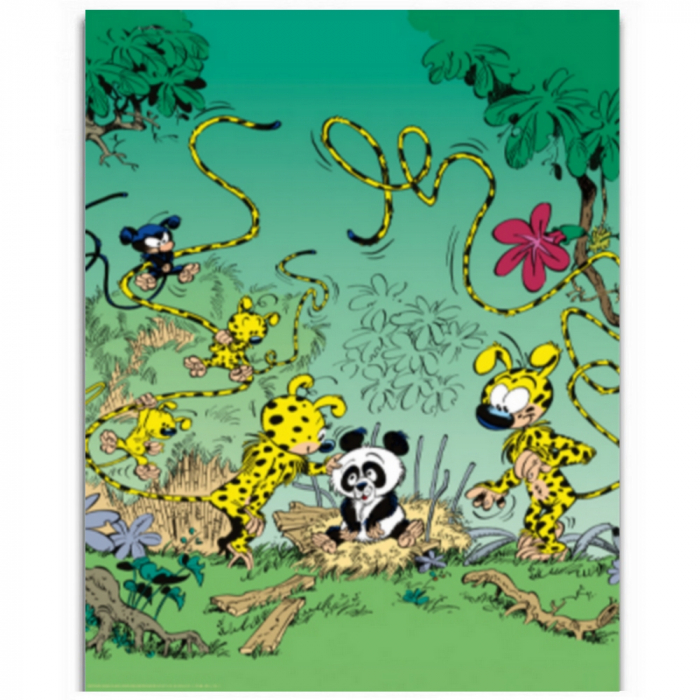 Marsupilami is a comic book character and fictional animal species created by André Franquin. Its first appearance was in the 31 January 1952 issue of the Franco-Belgian comics magazine Spirou.[1] Since then it appeared regularly in the popular Belgian comics series Spirou & Fantasio, as a pet of the main characters, until Franquin stopped working on the series; the character's final appearance in the series during Franquin's lifetime was in 1970.