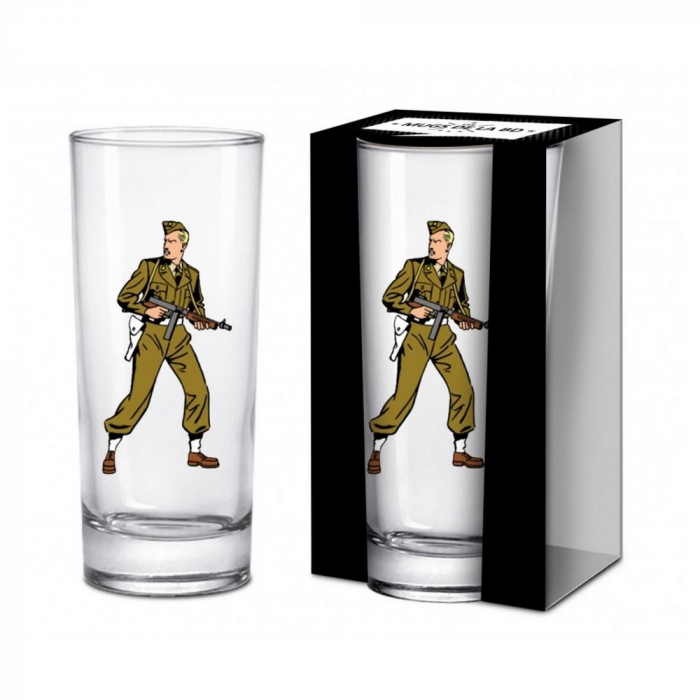 Long Drink Glass Blake and Mortimer: Francis Blake. Ideal for a gift! The glass is official and licensed with a capacity of 420ml.

Captain Francis Percy Blake: Welsh-born officer in Her Majesty's armed forces. He studied at Oxford and later became head of the British Security Service MI5 but is still very active in the field. He is a master of disguise, even fooling Mortimer on occasion. Blake was modeled on another friend and sometimes collaborator of Jacobs, Jacques Laudy, with added mustache.