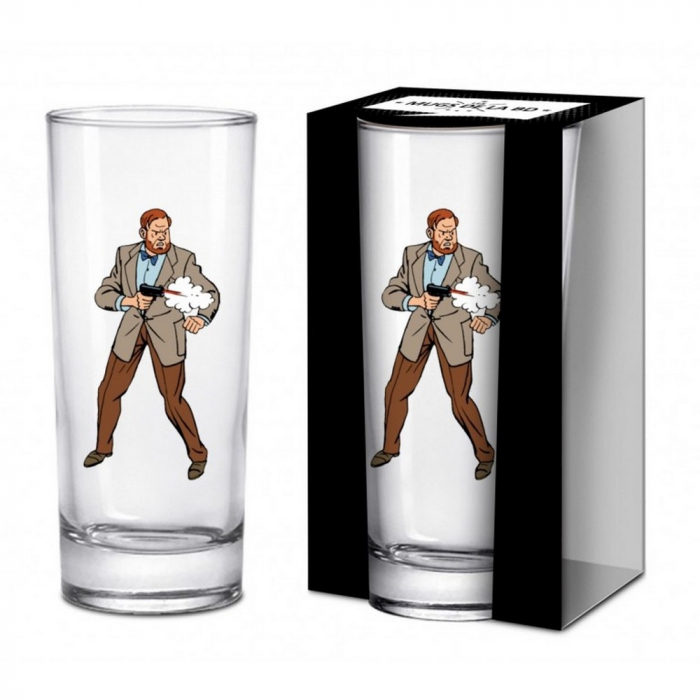 Long Drink Glass Blake and Mortimer: Philip Mortimer. Ideal for a gift! The glass is official and licensed with a capacity of 420ml.

Professor Philip Angus Mortimer is a leading physicist of Scottish descent, he grew up in the British Raj and is the archetypical British gentleman scholar.