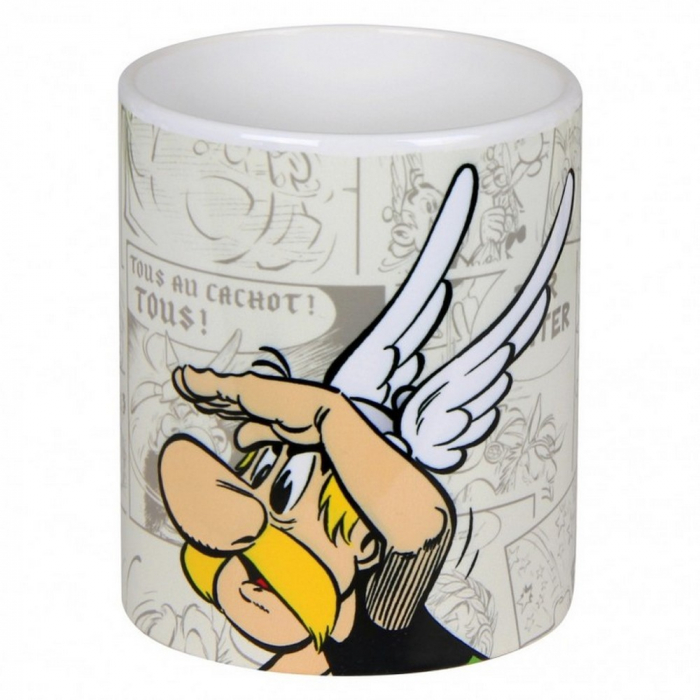 Porcelain mug from the french brand Clairefontaine Astérix. Ideal for a gift! Compatible with microwave and dishwasher. The breakfast will be much more fun if you're a fan of the legendary Astérix and Obélix comics. The cup is official, licensed and made of ceramic with a capacity of 320ml.

Asterix or The Adventures of Asterix (French: Astérix or Astérix le Gaulois [asteʁiks lə ɡolwa]; lit. "Asterix the Gaul") is a bande dessinée (French or Belgian French-language comic) series about Gaulish warriors, who have adventures and fight the Roman Republic during the era of Julius Caesar. The series first appeared in the Franco-Belgian comics magazine Pilote on 29 October 1959. It was written by René Goscinny and illustrated by Albert Uderzo until Goscinny's death in 1977. Uderzo then took over the writing until 2009, when he sold the rights to publishing company Hachette; he died in 2020. In 2013, a new team consisting of Jean-Yves Ferri (script) and Didier Conrad (artwork) took over. As of 2019, 38 volumes have been released, with the most recent released in October 2019.