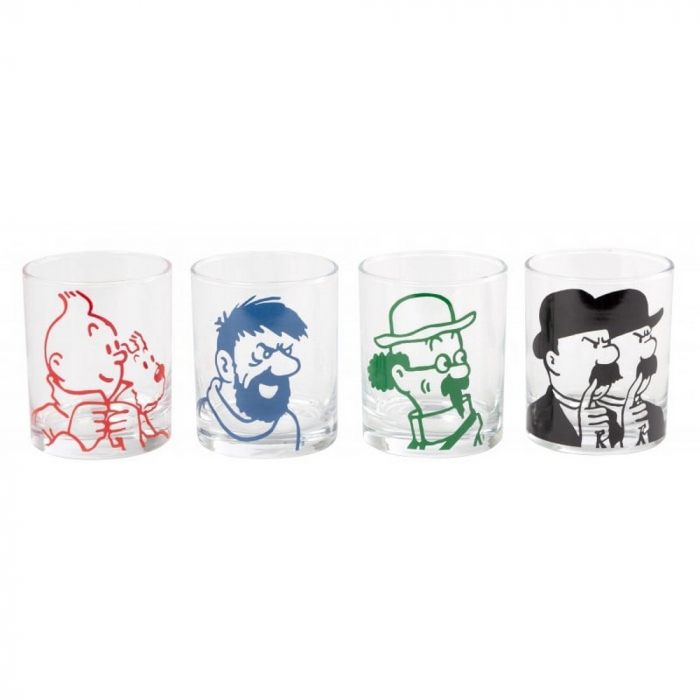 Are you having friends over for an evening? Do not miss this opportunity ! Order these collectible glasses with a unique visual of the main characters of Tintin.

The Adventures of Tintin (French: Les Aventures de Tintin [lez‿avɑ̃tyʁ də tɛ̃tɛ̃]) is a series of 24 bande dessinée albums created by Belgian cartoonist Georges Remi, who wrote under the pen name Hergé. The series was one of the most popular European comics of the 20th century. By 2007, a century after Hergé's birth in 1907, Tintin had been published in more than 70 languages with sales of more than 200 million copies,[2] and had been adapted for radio, television, theatre and film.