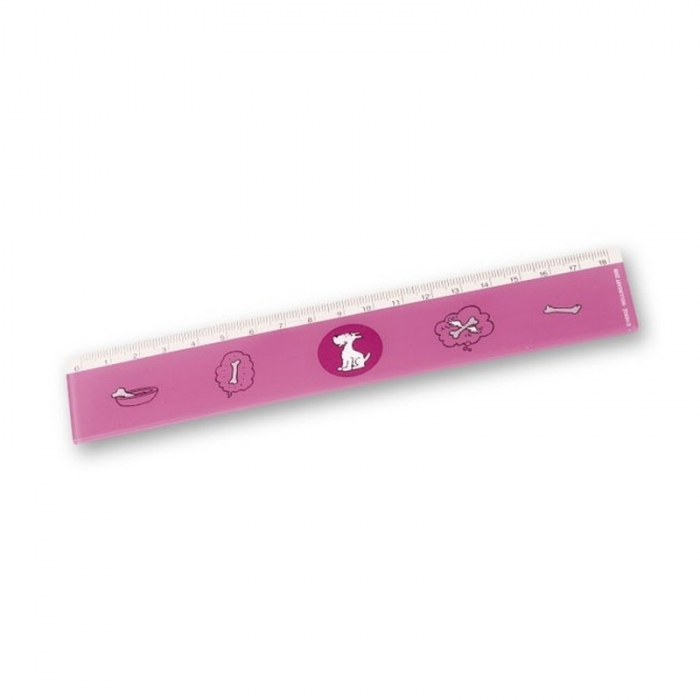 This ruler sports graphics of Snowy with bones!