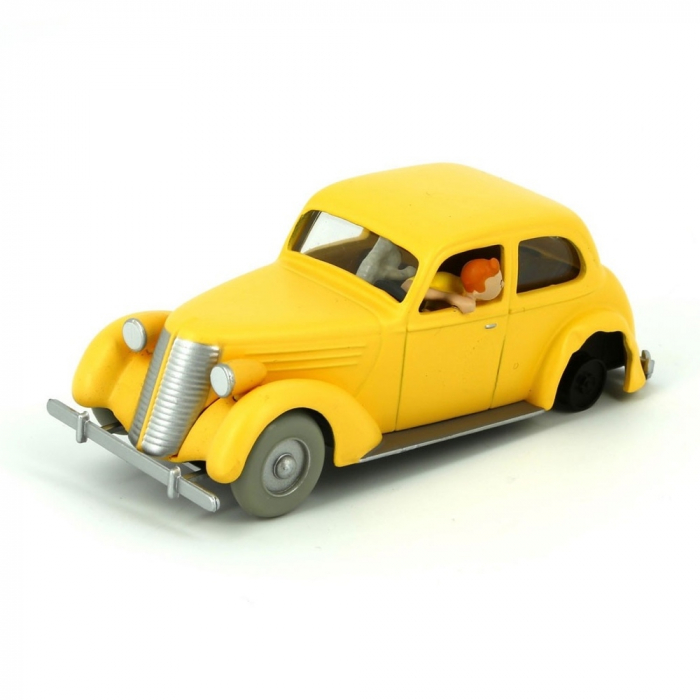 This 1/43 scale Tintin cars series model of a damaged car is based on the illustration on page 44 of The Crab with the Golden Claws.