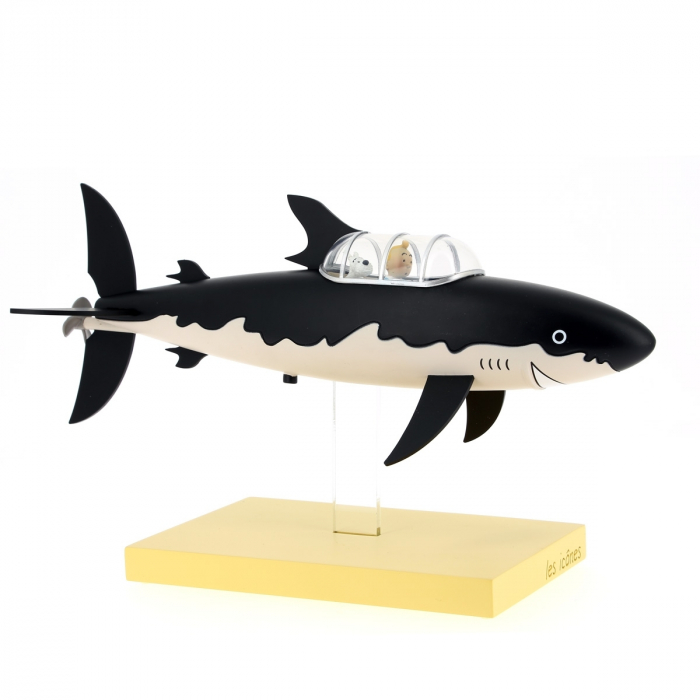 Collectible figure Moulinsart Tintin and Snowy in the Submarine Shark (2018)

Resin figurine from the Moulinsart collection "Les icônes": Tintin and Snowy in the Submarine Shark. Comes with a numbered certificate of authenticity. Length: 26,5cm.

The Shark-Proof Submarine is a submarine which was invented by Professor Calculus in order to search for the treasure of infamous pirate captain Red Rackham. It can go down to 900 feet and has two hours' worth of oxygen.

When Tintin and Captain Haddock planned an expedition to look for the wreck of the Unicorn and the treasure of Red Rackham, Professor Calculus approached them, with a sharkproof submarine. At first the pair refused, so Calculus dismantled the submarine, placed it in crates, and snuck them onboard the Sirius. Tintin and the Captain decided to use the machine to find the wreck of the Unicorn.