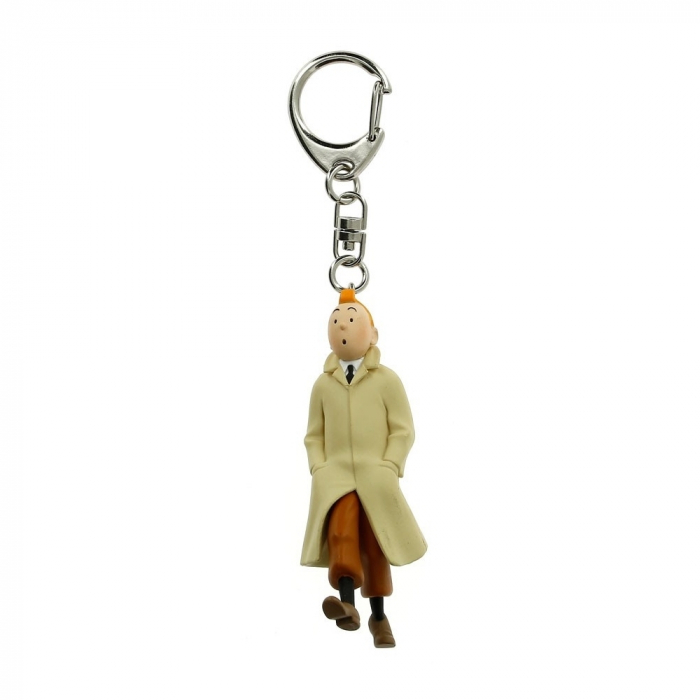 This small tough plastic keyring of Tintin walking is the perfect way to add a touch of fun and adventure to your pockets.