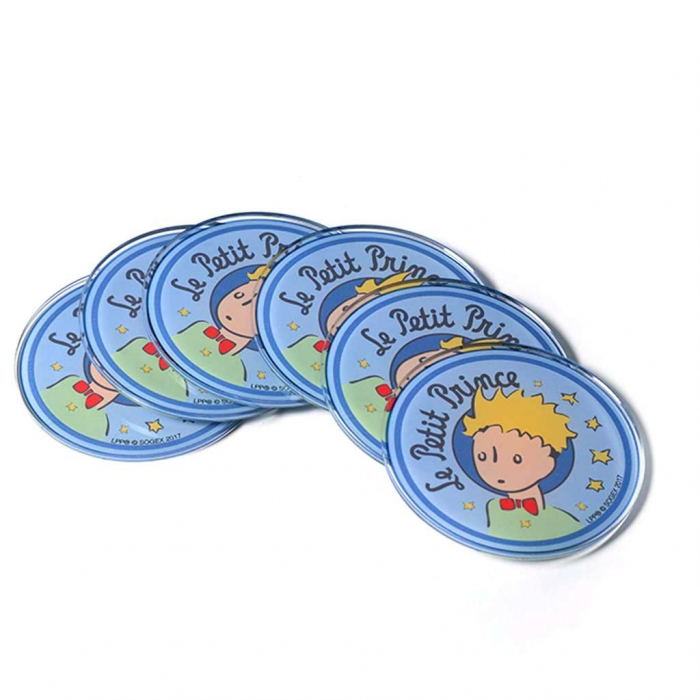 Are you having friends around to dinner? Each one of these 6 superb coasters is decorated with a unique The Little Prince graphic. Diameter: 9cm.