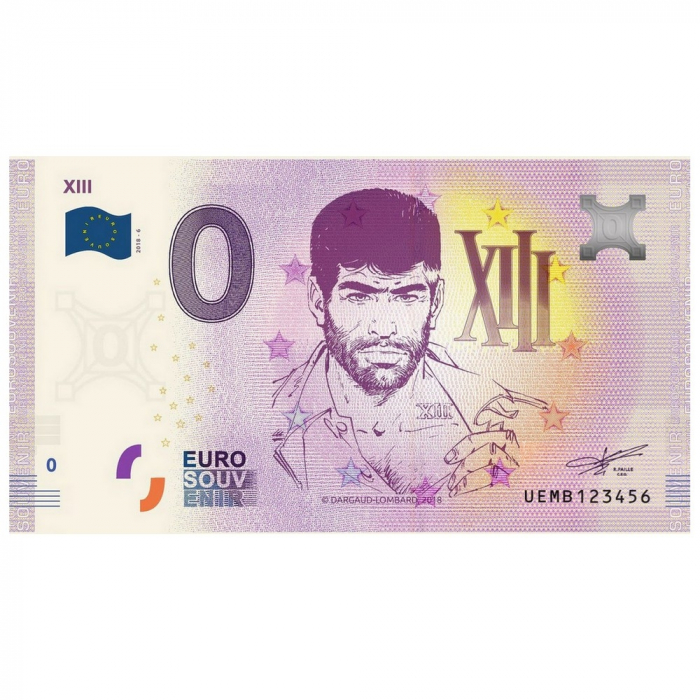 This 0 € note is a commemorative bank note in limited print. XIII from the new Euro Souvenir banknote collection featuring the heroes of the European comic strips. Edition limited and numbered to 5000 copies.

XIII (Thirteen) is a Belgian graphic novel series about an amnesiac who seeks to discover his past. It was created by writer Jean Van Hamme and artist William Vance. It is currently being written by Yves Sente and Youri Jigounov. The storyline of the first five volumes was adapted into a video game in 2003, also titled XIII, which was released on several platforms. A Canadian television film based on the series, XIII: The Conspiracy, was released in 2008. It was followed in 2011 by two seasons of a TV series, each 13 episodes, called XIII: The Series.