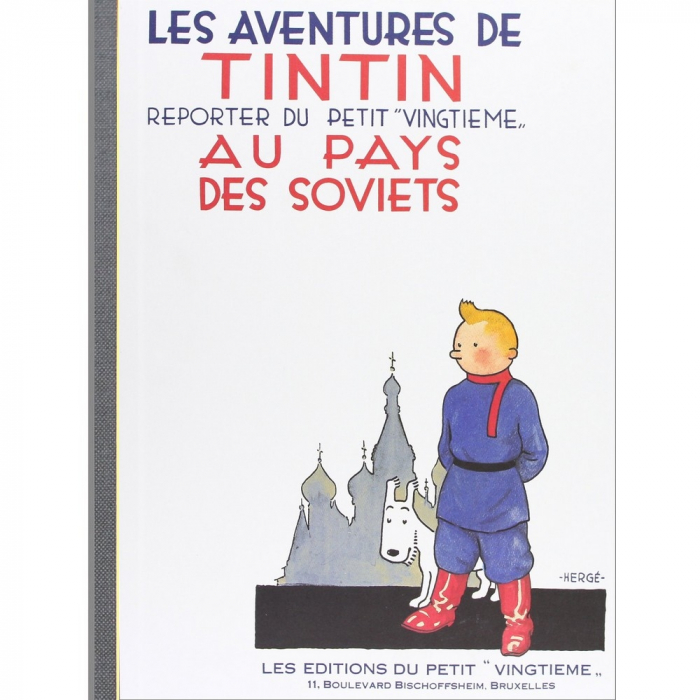 Tintin in the Land of the Soviets (French: Tintin au pays des Soviets) is the first volume of The Adventures of Tintin, the comics series by Belgian cartoonist Hergé. Commissioned by the conservative Belgian newspaper Le Vingtième Siècle as anti-communist satire for its children's supplement Le Petit Vingtième, it was serialised weekly from January 1929 to May 1930 before being published in a collected volume by Éditions du Petit Vingtième in 1930. The story tells of young Belgian reporter Tintin and his dog Snowy, who are sent to the Soviet Union to report on the policies of Joseph Stalin's Bolshevik government. Tintin's intent to expose the regime's secrets prompts agents from the Soviet secret police, the OGPU, to hunt him down with the intent to kill.