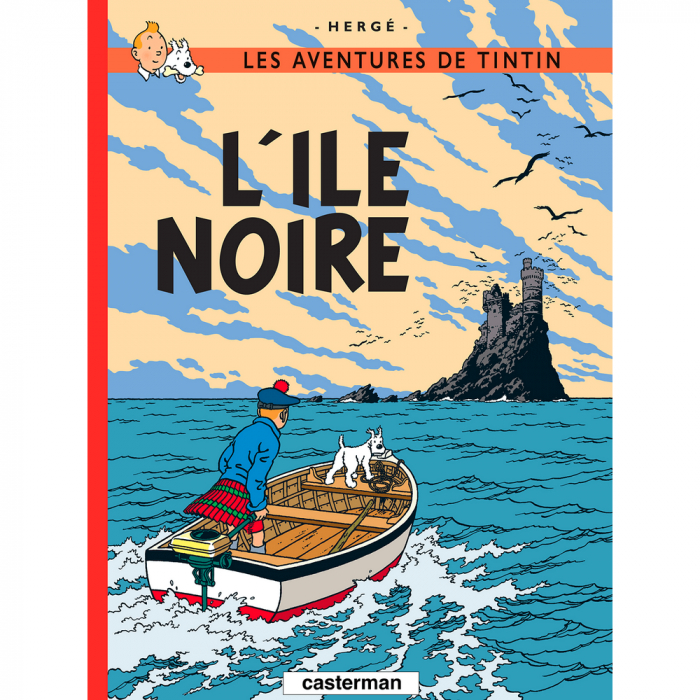 Album The Adventures of TintinT7 - The Black Island

The Black Island (French: L'Île noire) is the seventh volume of The Adventures of Tintin, the comics series by Belgian cartoonist Hergé. Commissioned by the conservative Belgian newspaper Le Vingtième Siècle for its children's supplement Le Petit Vingtième, it was serialised weekly from April to November 1937. The story tells of young Belgian reporter Tintin and his dog Snowy, who travel to England in pursuit of a gang of counterfeiters. Framed for theft and hunted by detectives Thomson and Thompson, Tintin follows the criminals to Scotland, discovering their lair on the Black Island.