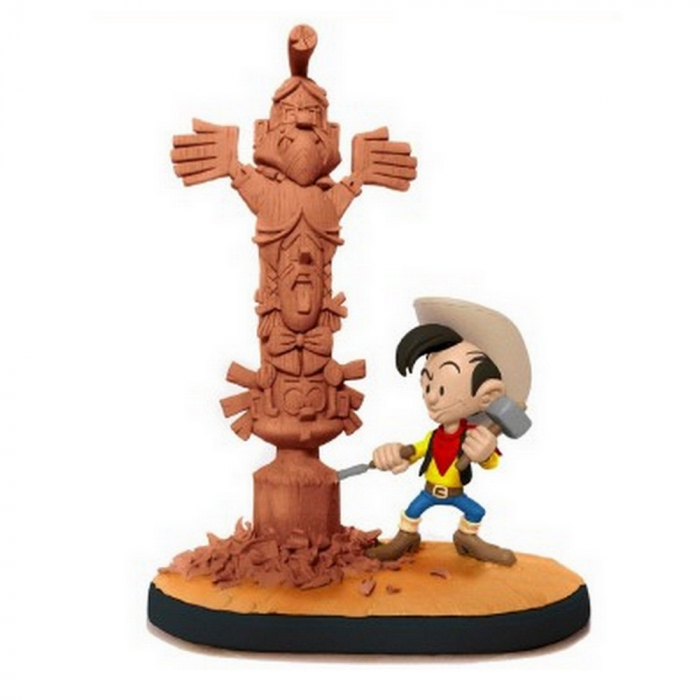 Lucky Luke is a Belgian comics series created by Belgian cartoonist Maurice De Bevere, better known as Morris, and for one period written by René Goscinny. Set in the American Old West, it stars the titular character, Lucky Luke, the cowboy known to "shoot faster than his shadow".

A second spin-off series called Kid Lucky was designed in 1995, aimed at attracting a younger readership. This starred Luke as a little boy, a format that had been very popular with Spirou. Two albums starring this version of the character were released as part of the main series: Kid Lucky and Oklahoma Jim. These were credited to veteran writer Jean Léturgie and unknown artist Pearce, who was later revealed to be a joint pen name for Yann Lepennetier and Didier Conrad. The series was scrapped due to poor sales and the two albums removed from the official list of Lucky Luke albums. The series was however re-launched in 2011 as Les aventures de Kid Lucky d'après Morris, with Achdé now solely in charge of it. To date, Achdé has written three Kid Lucky albums, L'apprenti Cow-boy, Lasso périlleux and Statue Squaw, released in 2011, 2013 and 2015, respectively.