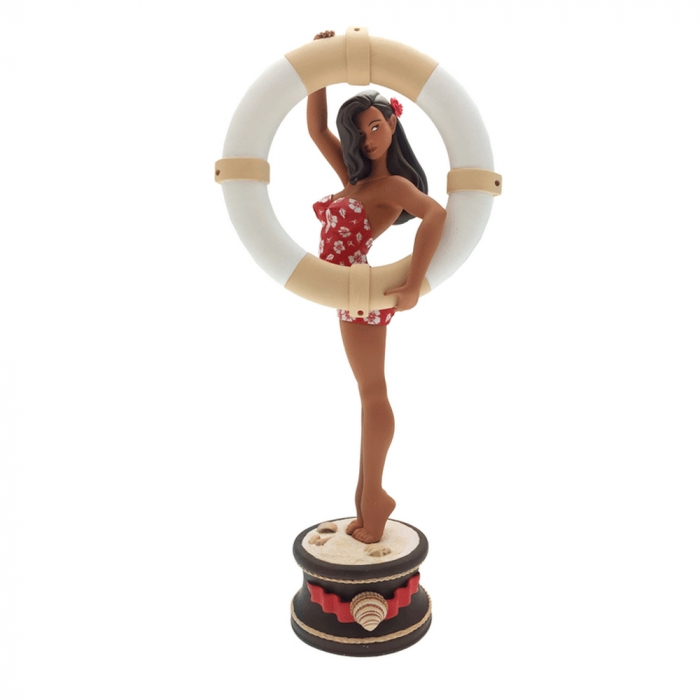 The pin-up spirit will once again be on the spotlight with this unique statue based on a design created by Olivier Vatine. Limited edition to 599 copies.

Admire the work of Attakus sculptors and their ability to render refined details, the delicacy of the skin, the texture of the clothes and crack for this elegant blonde pinup : 50's inspired bathing suit, flower in the hair, retro look life buoy and bare feet in the sand... Will you have a crush for this delightful unknown?

Hand-sculpted & hand-painted cold-cast resin statue with base - 55 cm / 21,6'' - Numbered & limited to 599 pieces worldwide. Each statue comes with a leaflet-certificate of authenticiy signed by Olivier Vatine.

A pin-up girl or pin-up model is a model whose mass-produced pictures see wide appeal as pop culture. Pin-ups are intended for informal display. Pin-up girls are often glamour models, fashion models, and actresses. "Pin-up" may also refer to drawings, paintings, and other illustrations done in emulation of these photos. The term was first attested to in English in 1941. However, the practice is documented back at least to the 1890s. The “pin up” images could be cut out of magazines or newspapers, or be from postcard or chromo-lithographs, and so on. Such photos often appear on calendars, which are meant to be pinned up anyway. Later, posters of “pin-up girls” were mass produced.