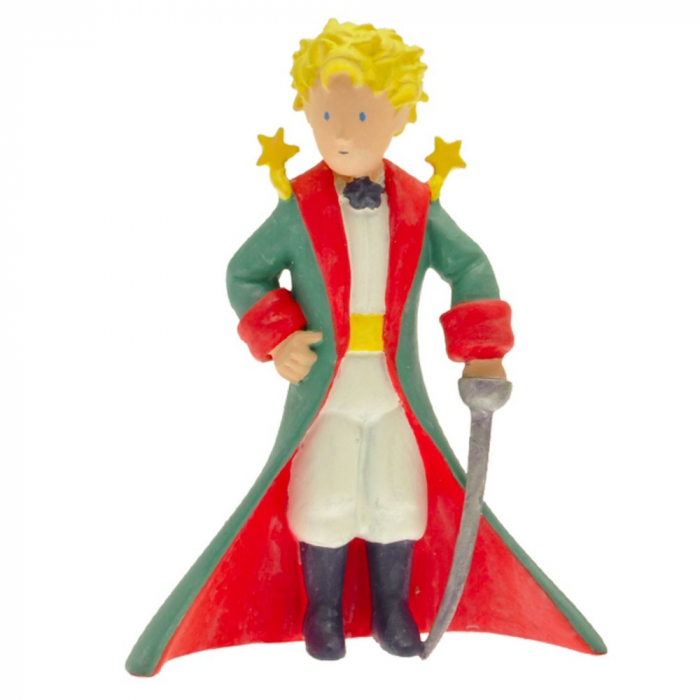 This PVC figurine of the Little Prince in gala outfit is inspired by the work of Antoine de Saint-Exupery and was created by Plastoy. Height: 7cm.