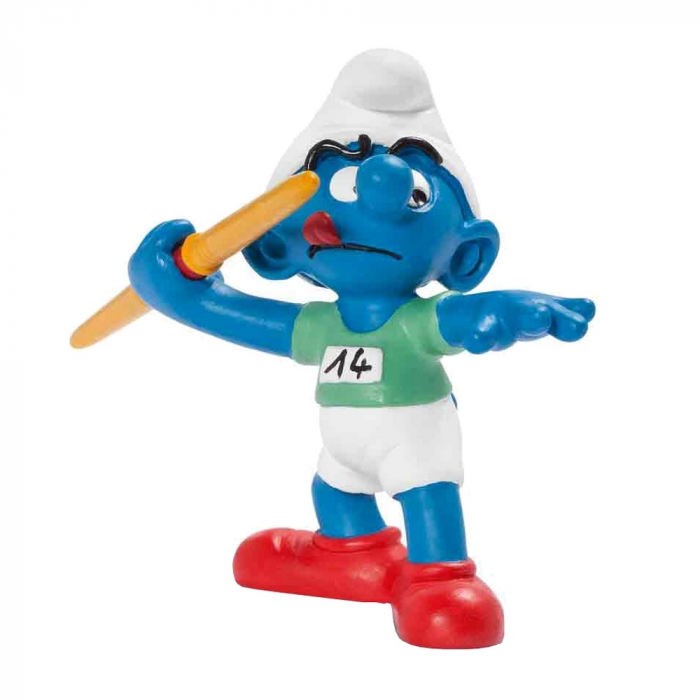 The Smurfs PVC Schleich Figure: The Smurf Javelin thrower. 5,5cm. Each figure is made of high-quality plastic, meticulously detailed and hand-painted.