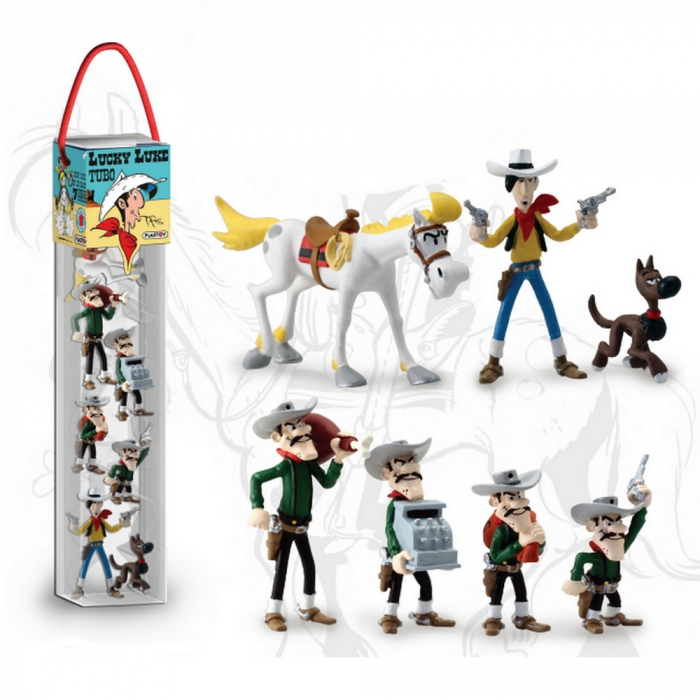 Based on the classic cartoons and comics about the cowboy who shoots faster than his own shadow, this is Luky Luke Merchandise: 7 figures Plastoy Lucky Luke (Height 3 to 4.5cm)

Lucky Luke is a Belgian comics series created by Belgian cartoonist Maurice De Bevere, better known as Morris, and for one period written by René Goscinny. Set in the American Old West, it stars the title character Lucky Luke, the cowboy known as the " man who shoots faster than his shadow".