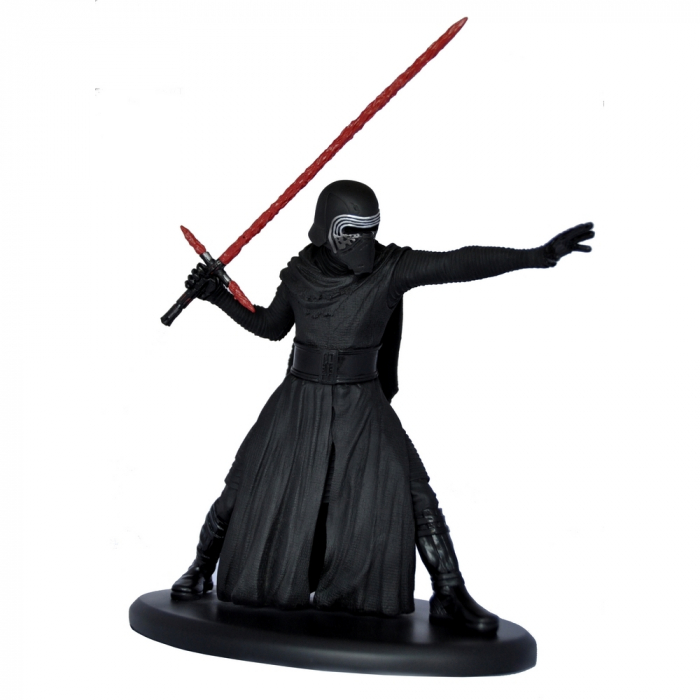 Kylo Ren is a fictional character in the Star Wars franchise. Introduced in the 2015 film Star Wars: The Force Awakens, he is portrayed by Adam Driver. "Kylo Ren" is the chosen name of Ben Solo,[1][2][3] the son of original Star Wars trilogy characters Han Solo and Leia Organa. Though trained by his uncle Luke Skywalker as a Jedi, he has been seduced to the dark side of the Force by Supreme Leader Snoke and aspires to be as powerful as his grandfather, Darth Vader, and create a new order in the galaxy separate from the legacies created by Luke and the Jedi Order. Kylo Ren is also the master of the Knights of Ren, as well as a commander and later the supreme leader of the First Order, an organization spawned from the fallen Galactic Empire. He is featured in The Force Awakens media and merchandising and appears in the film's sequel, Star Wars: The Last Jedi (2017).