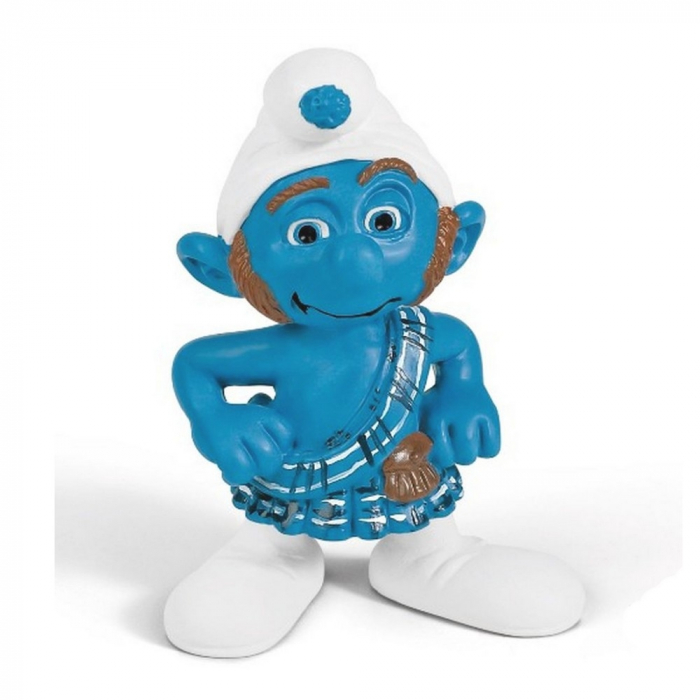 The Smurfs PVC Schleich Figure: Gutsy Smurf. 5,5cm. Each figure is made of high-quality plastic, meticulously detailed and hand-painted.

Gutsy Smurf is a brave and noble Smurf.He has a Scottish accent and wears a plaid, Scottish kilt with pants underneath. He has orange/brown sideburns that most Smurfs his age do not.