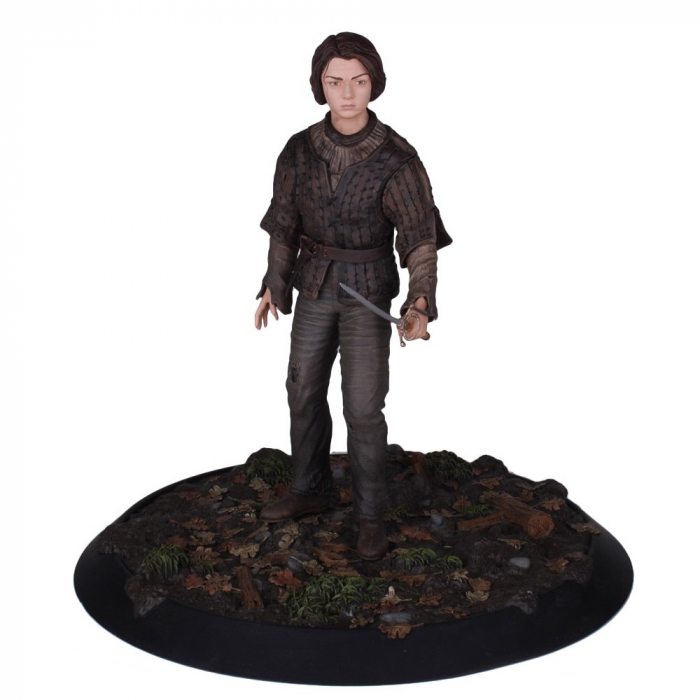 Arya is the third child and younger daughter of Eddard and Catelyn Stark, and is nine years old at the beginning of the book series. She has four siblings: an older brother, Robb, two younger brothers Bran and Rickon, and an older sister, Sansa. She also grows very close to her bastard half-brother Jon Snow, who resembles her in looks and is also regarded socially as an outcast.